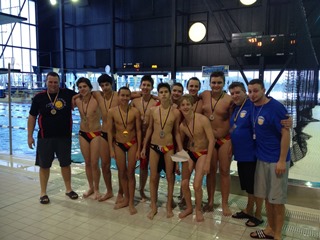 A Titans co-ed team went to play in the KW Winter Classic U14 this past weekend. This team was composed of 11 boys and girls aged 10-13 years old. They fought hard while playing against two Inferno teams, two Mavericks teams and beautifully won their last game 11-8 against the Jets.
Thanks again to the awesome leadership of Academy coach, Blake Christie. Go Titans Go! 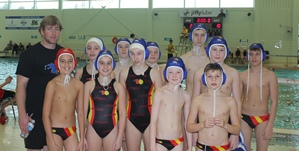 Duhaime stands out with the Titans

The 16U Titans’ Milan Duhaime was a force to be reckoned with in Montreal. He scored 9 goals in the 17-17 tie with Dollard, another 6 in a 15-14 Titans win over CAMO, and added 5 more in his team’s final game rematch against Dollard. Duhaime’s 20 goals easily set the pace for the weekend and his 28 total goals in 5 regular season games make him the leading scorer in the 16U boys category. Full NCL weekly notes.

Duhaime stands out with the Titans

The 16U Titans’ Milan Duhaime was a force to be reckoned with in Montreal. He scored 9 goals in the 17-17 tie with Dollard, another 6 in a 15-14 Titans win over CAMO, and added 5 more in his team’s final game rematch against Dollard. Duhaime’s 20 goals easily set the pace for the weekend and his 28 total goals in 5 regular season games make him the leading scorer in the 16U boys category. Full NCL weekly notes.

A U14 Boys Titans team went to fight in the York Maverick's Cup this past weekend. 11 boys aged 10 to 13 years old played very well together to finish 5th at the Mavericks' Cup.
They competed against 2 different DDO teams, 1 KW team and 1 Hamilton team.  The boys won 2 games and lost 3.
Titans were strong and played clean games.  Lots of fun and learning was had.  Well done boys! A major thanks to an amazing coach, Blake Christie, who not only teaches our boys to play Water Polo but who also passes along his passion and sportsmanship! 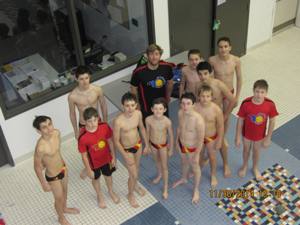 One of the coo-founders of Ottawa Titans, Bill Meyer returns to men's water polo team...

Titans U16 Boys team marked first two games of the season with a victory. Games were played at CEGEP - Gatineau against Toronto Golden Jets and York Mavericks teams. 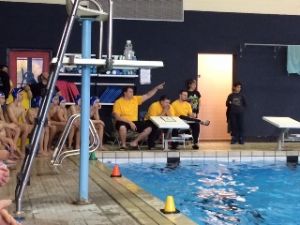 Congratulations to our Ottawa Titans U18 women team for winning a bronze medal in Andrew Watson Tournament in Guelph. Go TITANS!!! 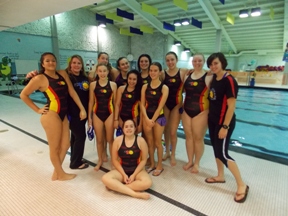 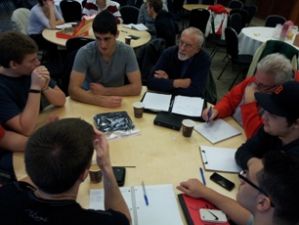 Titans Heroes Cup charity event 2014 has collected over $6,000 in donations to CHEO Foundation and RCR Education Fund for the Children of Fallen Soldiers. On September 26, Ottawa Titans presented CHEO a cheque for $3016, and on October 2, a cheque for $3015 to RCR fund.  Water polo is more than playing ball in H20. 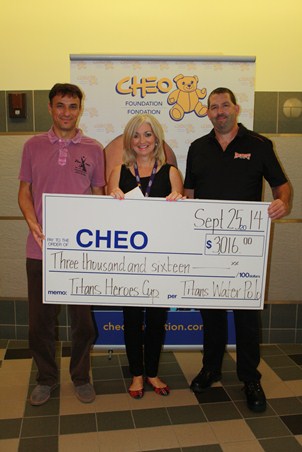 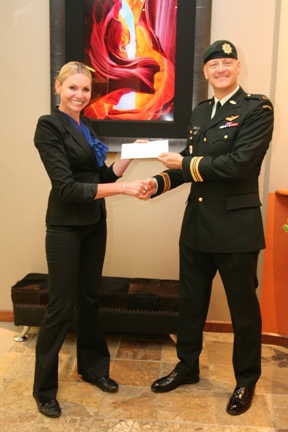 As a part of Canadian U19 National team three Titans boys brought home bronze medal at the conclusion of the 2014 UANA Junior Pan American Water Polo Championships, in Riverside, California.
Congratulations to Dusan Boskovic,Yorek Hurrelmann and Euan Scoffield.
More on this story: http://www.waterpolo.ca/News2862.aspx

Shortly after coming home Euan will be back in action as he will travel with Men’s Youth (18U) National Water Polo Team representing Canada at the FINA Youth World Championships in Istanbul, Turkey, from Aug 2-10.
Full roster is here: http://www.waterpolo.ca/News2864.aspx 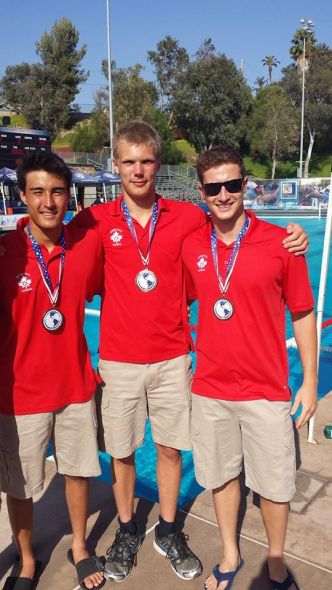 Congratulations to our Ottawa Titans 18U team for wining silver medal at 2014 NDPL finals after 28 games played througout the season. 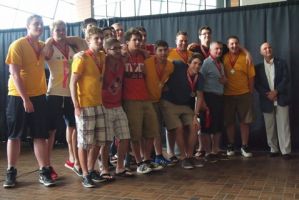 Congratulations to our Ottawa Titans 18U team for wining gold medal at 2014 National Club Championships. This is the 6th National Title for Titans Water Polo Club.

Congratulations to Duncan Kennedy for being named to the all star team, Ewan Scoffield for Most Valuable Player and Jerry Tesanovic as Most Valuable Coach. 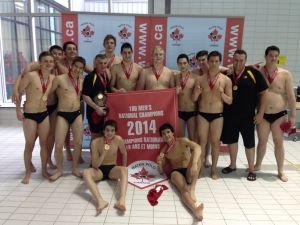 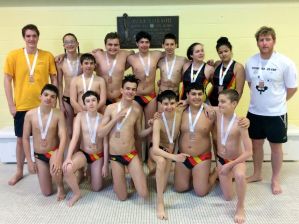 Congratulations to our Titans Red team for another superior performance. Outstanding! This tournament format (no playoff system) prevented the team to play another game against KW Black, the winner of the tournament. The real final happened on day 1 of the tournament. The KW Black credit to the quality of Titans Red U14 team speaks the volume.The Titans Black team fought hard in a super powerful division A. Young Titans TF team have improved significantly their game since their last major tournament. Many great players in these two teams who will be able to mature and grow into Titans Red team in coming years.

Congratulation to Diego Gonzalez and Bogdan Djerkovic for being named to the All Star Team for their stellar performance. Go Titans Go!

Congratulations to Milan Duhaime and Mihailo Krstic for being named to the All Star Team. Milan earned the tournament Most Valuable Player. Well done Titans! 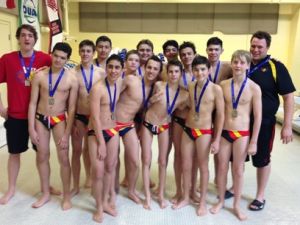 Congratulations to Titans athletes, Euan Scoffield, Victor Gomeluk, Filip Matic, Raphael Siegel and Dmitry Prokoptsov for their efforts and achievements in being recognized by the Province of Ontario for this sports funding.

This veteran Ottawa Titans Water Polo club member was a valuable starter on the Canadian senior men’s team, which went undefeated and won the Americas championship for the first time ever in 2013. The gold medal-winning performance qualified the Canadian team for the FINA World Aquatic Championships in Spain, where they finished 11th overall. John scored three goals in each of these major championships. The 22-year-old Ashbury College grad now trains in Calgary where the national team is located. He’s been a member of Canada’s senior national squad since 2009.

OTTAWA TEAMS THAT HAVE WON PROVINCIAL, NATIONAL OR INTERNATIONAL CHAMPIONSHIPS: